Interfin's role as a holding company

Interfin is mainly responsible for:

Sibelga's activity is limited to distribution system operator in the Brussels-Capital Region. This mission also includes public service missions imposed by the Order, such as the management of municipal street lighting.

These activities are regulated by the regulator Brugel within a framework set by the Order. Regulation concerns tariffs, service quality and the compatibility of structures and behaviours with the proper functioning of the market.

It is recommended that the regulated distribution system operator's activity should be a closed scope dedicated solely to the regulated activity, carried out by a single company, separate from the financial activities of Interfin. The purpose of this distinction is to avoid cross-subsidies between activities while limiting regulation to its legal purpose.

BNO's role as an employer of the group's personnel

When Sibelga took over most of Electrabel's operational network management activities in 2006, it also took over the company's personnel of around 700 people, under the contractual continuity scheme, CCT 32bis. Indeed, it seemed neither possible nor desirable to amend the employment conditions of the sector's personnel under Joint Committee No 326.

Under this measure, the personnel's employer had to be a private company. This situation is not only justified by the agreement signed with Electrabel in 2006, but is also proving to be an effective solution for maintaining the industrial nature of Sibelga's management and attracting the necessary technical skills.

For this reason, BNO now employs the group's entire personnel, i.e. ± 1,030 people, all under employment contracts. In addition, Sibelga is a shareholder in the Atrias market data exchange platform, set up as a cooperative society with all the other Belgian network managers.

The existence of a three-level structure within the Sibelga group is justified by the need to separate the group's regulated and non-regulated activities, maintain the intermunicipal status of Interfin and Sibelga in accordance with the political will and retain the system of collective labour relations and employment contracts applicable to personnel through a private company. Directorships performed simultaneously by the same individuals at all three levels of the Group ensures consistent management of the Group and efficient control. 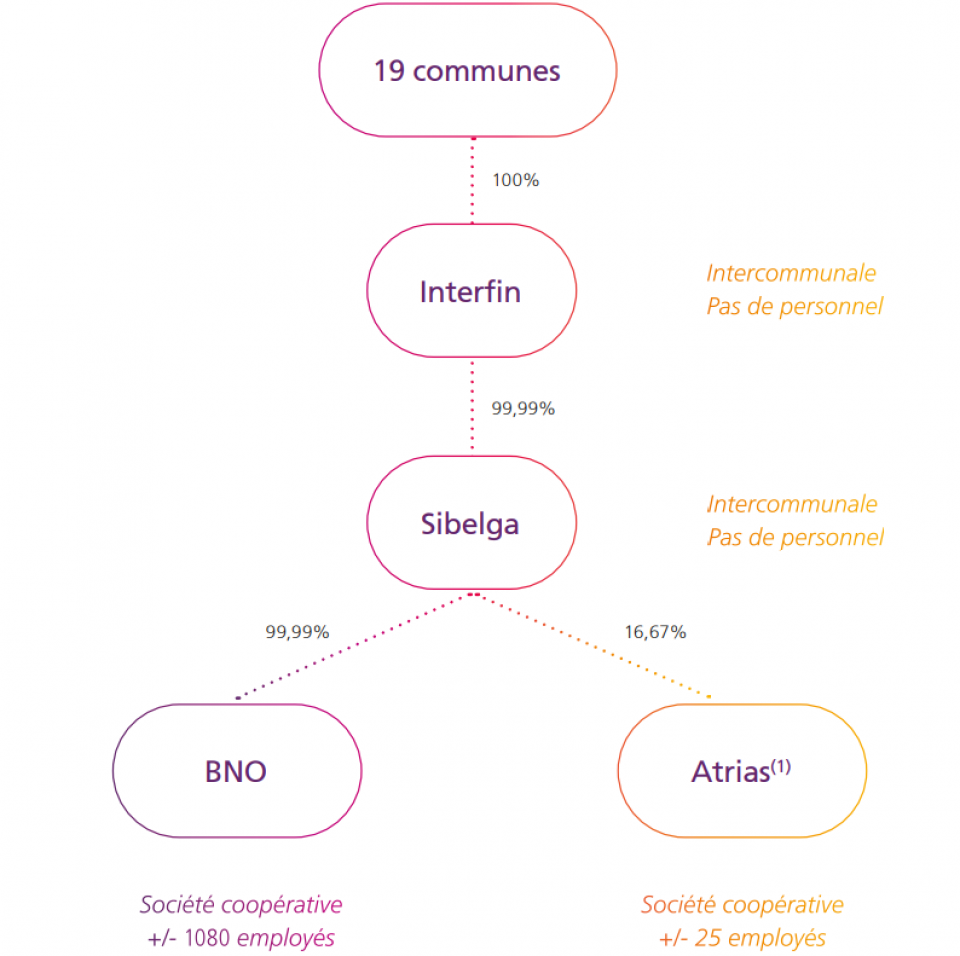